A critical discussion of the publication by Nasrullah Memon, David L. Hicks, and Henrik Legind Larsen: How Investigative Data Mining Can Help Intelligence Agencies to Discover Dependence of Nodes in Terrorist Networks

The analysis presented here (as of January 14, 2014), including all documented findings of plagiarism, is available for →download.

The pages 430-440 of the paper have been analyzed. Page 441 contains only part of the bibliography and has been excluded: 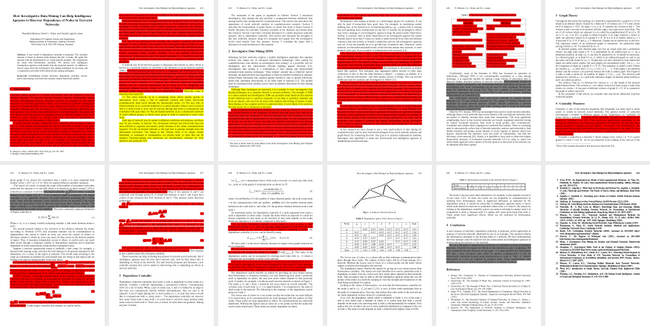 Most of the text of the paper has been recycled by the authors elsewhere: