The analysis presented here (as of 30 January, 2014), including all documented findings of plagiarism, is available for →download.

The pages 1037-1047 of the paper have been analyzed. Page 1048 contains only part of the bibliography and has been excluded:

Clicking on the respective page number in the table above leads to the documentation of the text parallels on the corresponding page. 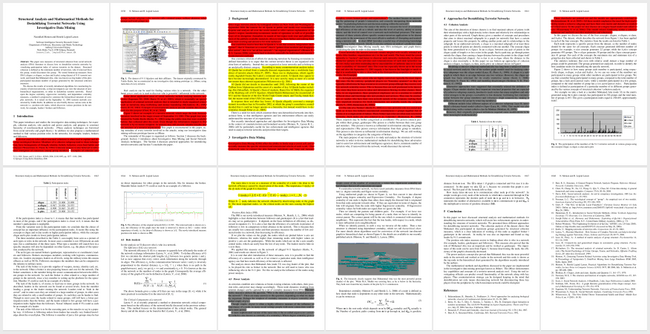 Some of the text of the paper has been presented by the authors previously:

Some of the text of the paper has been recycled by the authors afterwards: